Body Positive Dorset was founded by Philip Hawkings in 1986 as a mutual support group that was sought by individuals whose lives had been dramatically changed by contracting HIV, and receiving the associated stigma attached. They began meeting once a month in each others homes and the service we have today was born.

As the organisation expanded, in 1994, a drop-in centre was opened in the Triangle area of Bournemouth. Another organisation, the Sanctuary was also operating in Bournemouth at this time, providing palliative care and respite for people with HIV. Body Positive Dorset worked closely with the Sanctuary until its closure in the late 1990’s. The organisation was also active at a national level making representations to Parliment. This action paved the way for viral load testing to be more widely available. 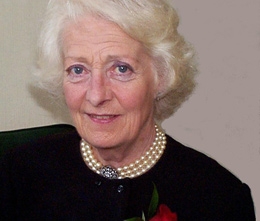 1997 Body Positive Dorset was one of the first HIV charities to secure a grant from the National Lottery, enabling the purchase of 24 Lorne Park Road, Bournemouth and securing the future of third sector HIV services in Dorset. Permission was sought and granted from Buckingham Palace and the Home Office to name the building after Diana, Princess of Wales, who had shown much compassion to those affected by HIV/AIDS. Diana’s mother, The Hon. Mrs Frances Shand-Kydd unveiled the plaque at the naming ceremony.

Body Positive Dorset evolved to what it is today by the efforts of many individuals who are the unsung heroes of our Queens Award for Voluntary Services 2006. These individuals won the crusade to establish professional and effective HIV services that have stood the test of time and continue to support hundreds of people living with HIV in Dorset. By building on this firm foundation, in the future we aim to continue to support our service users, both existing and new, to raise awareness of HIV/AIDS in the community, in business and in schools and to actively promote prevention.

In late 2018 it was becoming obvious that something needed to be done to secure the future of Body Positive Dorset as all funding had slowly dried up over the years and it was apparent that we would run out of money if nothing was done. It was put to an EGM that 24 Lorne Park Road should be sold and that we should seek smaller premises on a rental basis. It was not an easy decision to come to as it had been the home of Body Positive Dorset for a very long time, but if Body Positive Dorset was to continue there was really very little choice.

So the building was put on the market in early 2019, there was some interest from a property developer that provided a possibility of Body Positive Dorset remaining on the ground floor of the building, this however did not work out due to legal and financial reasons. The building did sell in May 2019 for a substantial amount and came to completion very quickly with exchange of contracts and completion on the same day. This gave us very little time to let Service Users know of the move and to complete packing up ready to vacate. We had not found alternative premises at this point, so all our files and furniture went into secure storage.

We found 27 St Michael’s Road, which had been the premises of Over the Rainbow, an NHS funded LGBT centre. We began the process to acquire the premises with a new lease which should have been reasonably straight forward, however the agent for the property was extremely difficult to deal and seemed particularly absent minded when it came to things he was supposed to arrange. However, we eventually took possession of 27 St Michael’s Road, the new home of Body Positive Dorset, on 14th October 2019. The whole place needed redecorating and other works to be completed before we officially opened on World AIDS Day, 1st December 2019 marked by a celebration and remembrance of those no longer with us and the opening of our new centre.

This move has secured the future of Body Positive Dorset for at least the next decade and even longer if we can find alternative means of income to help support the centre.