10 years, it’s snowing today which is unusual in itself, it hardly ever snows but then in rural Dorset white middle aged women hardly ever have HIV. But despite those hardly’s and unusual’s in themselves, I do, and it is.

I am a woman living with HIV and have been now for 10 years today.

Now just because that sentence is written with confidence and hopefully is read that way too let me tell you it was not always that way……. so let’s rewind to the beginning.

I can’t really describe that well how I am feeling but I know I am very lost. 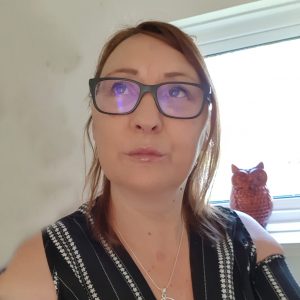 Secrets cannot be kept, they always get out and I don’t want my children to hear about my condition via gossip.

Plan of action required, but not quite sure I have one yet….

Haven’t written anything for a couple of weeks, felt like I was gonna start waffling, in a rambling type mode.

Life is still very much up and down but I think I am starting to learn to live with my HIV status. I still have anxiety but being truly broke for the last couple of months has spurred me on slightly. I was never rich, but this is being poor, so when I’m back to working 2-3 jobs at a time, I will definitely appreciate the money I work for.

The word positive has a whole new meaning to me and I have had to think differently about it. Sense of humour kicking in, thank goodness. “Stay positive” people say, I am positive and will always be positive, I am HIV positive. Is that a form of a black comedy sketch? My mind does wander off on a tangent journey. Not even sure it would be the type of cartoon type sketch that people would want or understand, but does it hurt to use humour or is it just a mask to cover fear? Again, does that really matter if it helps me through another day? Or even better, helps someone else too.

Someone who had kissed me recently asked me what was my health issue, did I have AIDS? Well, no, I haven’t, but I am HIV positive. The person’s reaction was to ask if you can catch it from kissing someone.

I knew that I was going to have to cross this situation at some point but is sooner better than later? At this point in time, I think that it doesn’t matter how far into being positive you are, in a potentially sexual relationship casual or otherwise there is always going to be that risk and fear. Having had a conversation just touching the subject of someone’s HIV status in this situation is a definite no go. I do realise, however, that the more people you tell, the more you put yourself in the line of fire. My fear is putting my children in that line too.

I am going back to work in a week or so, a very scary thought but have got to do something.

Relationships are definitely a no go at the present, ok I might have sort of crossed that bridge of someone’s reaction of fear and possible disgust, and whilst yes, I did survive it, I don’t think it will help me on my journey at present.